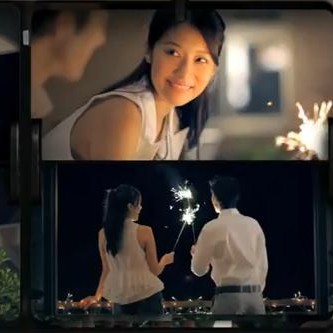 Straight off of their trip to Korea as honorary speakers at the Seoul International Extreme-Short Image & Film Festival, Wong Fu Productions is back in the States, ready to make you guys laugh, smile, cry, and be awkward again with some exciting new projects! But did you know that before their visit to Korea, they also flew out to Taiwan for another very special project?

Yes, that’s right, this past September, Wong Fu had the opportunity of going to Taiwan to film a music video for International Asian Pop Star, Wang Lee Hom! Lee Hom, who’s had 14 albums to his credit, is a true all-around talent – a multiplatinum singer, actor, and director among many of his other accomplishments.

So when Wong Fu (who have been huge fans of Lee Hom for the past decade)  found out that Lee Hom and his manager knew of their work on YouTube and wanted to fly them out to Taiwan to shoot his next music video, they were extremely honored and thrilled to get the chance to collaborate with such a huge international icon. They way we see it, Wang Lee Hom couldn’t have made a better decision. So see Wong Fu at their best by checking out their beautifully-shot and creatively crafted Wang Lee Hom music video “Still In Love With You” below! And don’t worry if you don’t understand Mandarin – there are subtitles!

« Friend Zone – KevJumba
From Here to There »