TAKE YOUR SHOT: Interview with Robynne, the Filmmaker Behind “G&G Adventures” 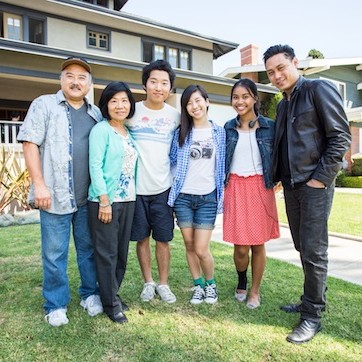 What’s it like working with Hollywood director, Jon M. Chu? How has AT&T’s “Take Your Shot” changed Robynne Guillermo‘s life? Join us as we talk with Robynne about her experience on set! 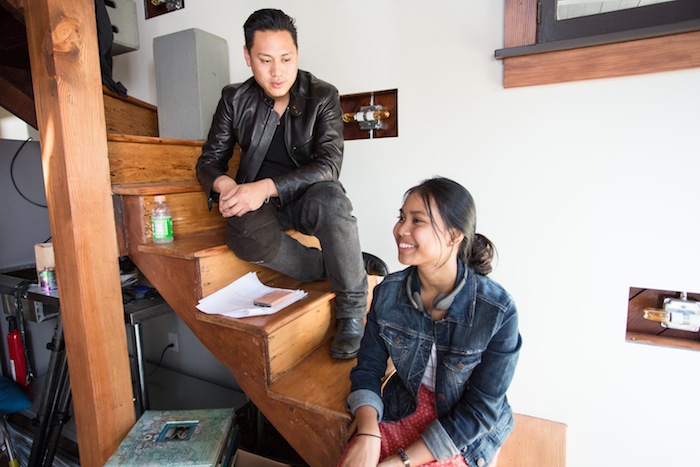 Well, school is like it’s always been for me, but this time I’m paying for it. But to be honest, I really love the college independence, it’s always nice to have the option to work at your own pace. It’s going pretty good so far, but I’m entering midterms now, so wish me luck!

2. You’re from Hawaii, right? What’s it like living there?

Hawai’i is not a tourist attraction for me, it’s home. There’s a saying here in Hawai’i, “Lucky we live Hawai’i” and it pretty much means what you think it does. And it’s honestly true (but that’s why it’s a buttload to earn a living here, too). For a local of Hawai’i like me, it’s really easy to take things we have here on the islands for granted, like warm weather; fresh, non-chlorine water fountains everywhere; multicultural local platters (or as we like to call it, “local kine grindz”); and people with aloha-spirit.

You’d be surprised to know that the beach is also a luxury for me because I don’t go very often. It’s true that wherever you go, you can still see the water, but since I just graduated from high school, I was only allowed to go to the beach when I finished homework (so that meant my beach days were the holidays and intercessions). Otherwise, it’s so easy to just drive down to the nearest beach because it only takes a maximum of 20 minutes. I have friends that go to the beach on the daily!

3. You’ve made a film before that got played during the Hawaii International Film Festival, right? What was that film about? We were told it has fruit as characters. If you were a fruit, which fruit would you be and why?

I did make a film that played in the 2012 Hawai’i International Film Festival and, at the time, that was the biggest thing I was able to be a part of. Earlier that summer, I wrote a simple story titled “Fruit Punch” for a new program with Hawai’i Women in Filmmaking, a group for young girls interested in filmmaking to create their own pieces of film work. I had last worked on a fictional short film back in junior high with my teacher, Mrs. Nagaji of Moanalua Midddle School, along with a few of my friends, and it was such a great experience that I thought I should touch up on it again when writing “Fruit Punch.”  The program allowed us to create anything we wanted and I wanted to create a semi-animated short film on my take of the history behind the making of fruit punch. (For those of you who are not familiar with what fruit punch really is, it’s a blend of all kinds of fruits mixed into a tropical drink, and it’s extremely popular with locals of Hawai’i).

“Fruit Punch” is about these different fruits that get taken away from their respective fruit-families by a human, and they all see each other–different kinds of fruits–for the first time. They are first conflicted and begin to despise each other, which leads them into a fruit war. After battling each other, they end up getting a taste of each other’s flavors (due to their “fruit-shed”) and realize that they are tastier with the collaboration of each other. And as I said earlier, that’s how fruit punch is made: a blend of different fruits into one yummy treat.

I didn’t realize how much of a social issue I was putting into the film when I was casting fruits, but incorporating social awareness within my fictional story was important to me, and I thought that if I used fruits to address it, people would be more interested in watching it. Plus, I figured you can’t offend fruits.

I casted an apple, an orange, and a kiwi to be my main characters. They were all such divas when I was doing their hair and make-up (i.e. drawing little pieces of facial features, pasting them to my fruits, and making sure that their complexion is being compensated), especially kiwi because it was “hairier” than the others. But if my “actors” gave me any stress, I always had the option of eating them in the end, ha-ha.

I idolize watermelons because they deceive people with their outer image, but when opening them up, it’s a whole other part that could catch one by surprise. Also, with their strong outer shell, and the many vitamins and nutrients they contains, for me, this fruit comes across as a macho, hardcore fruit that even hydrates! But in actuality, I feel like a tomato because, like my friend the tomato, it becomes such a debatable fruit to this day, and I too am naturally misunderstood. 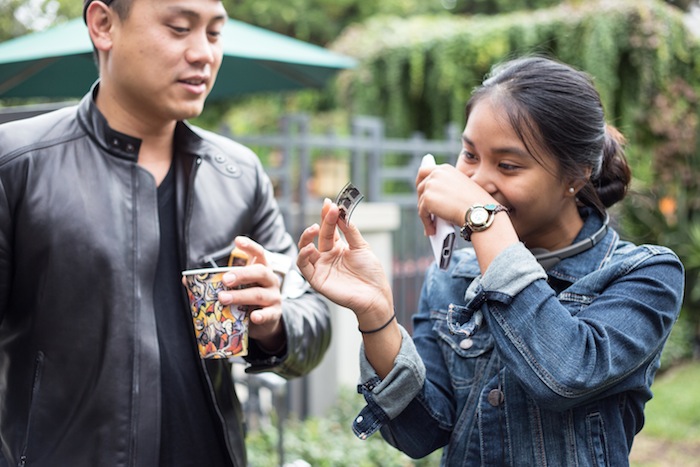 4. You got to work with Jon M. Chu, which must have been an incredible experience. He’s done a number of dance films. Did he ever make you dance?

Jon Chu was a really supportive and awesome mentor to have. Before I met him in person, Freddie Wong was trying to trick me into thinking that Jon Chu wouldn’t like me because I didn’t know how to dance and that he was only friends with dancers. It wasn’t like that all because he was super cool and he even gave me a memento from his Step Up 2 3D film. He didn’t make me do anything until I gave him some Hawaiian chocolates — he made me teach him some Hawaiian pronunciation to certain words, which didn’t turn out as smooth.

5. Was there a dance you wish you could have done with him?

Since he was so interested in trying to speak Hawaiian, I think it would have been super fun to try and teach him how to dance hula too.

6. Did the grandpa and grandma characters on set feel like your grandparents? What could they have done to feel more like your personal grandparents?

It was great working with the pair of grandparents on our set, because coming from an Asian family and a really Asian-populated state such as Hawai’i, it was as if they could have been my own grandparents.

I’m not sure how else they could have behaved for me to feel like they were my real grandparents, but I guess it would be for them to feed me and make sure I eat all my food (wasting is forbidden back at home). And if I ever talked as loud as I was during set, my real grandparents would give me an exasperated huff, followed by some reprimand to keep it down because either “Walker Texas Ranger” or some Korean drama would be on.

7. What are 5 reasons people should watch your film…GO!

1. It’s a film about family, so anyone of any generation could watch it and probably relate to it too (especially if you’re a kid with grandparents or a grandparent).

2. There’s adventure and wonder in it.

3. We have a quick look into the oldies with some classy and vintage items.

4. There’s a twist in the end. (It’ll have you thinking about elderly mixing with new technology, ha-ha!)

5. If you’re a grandparent who is adamant in the belief that all kids are brats and cannot change, or if you’re a kid who thinks you can’t find any relation/reason to get along with your grandparents, maybe my film can help you change your mind or give them the benefit of the doubt. 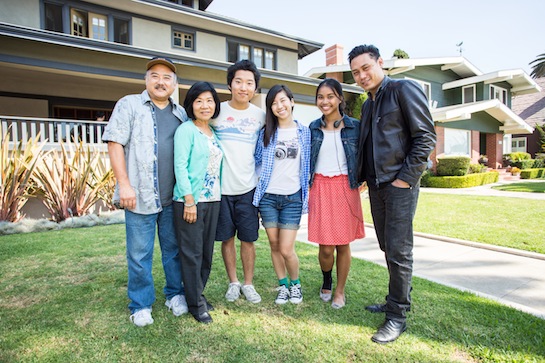 « Eat Your Kimchi+Megan Lee Behind the Scenes
TAKE YOUR SHOT: Interview with Alexander, the Filmmaker Behind “Weight of Love” »