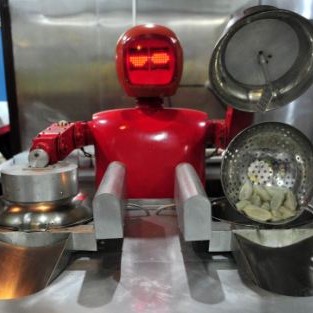 
Ever catch your waiter’s finger mistakenly grazing the side of your fries? Not satisfied with that extra piece of nose-hair nestled between your steak and mashed potatoes? Are you just tired of human error in general? Well in China’s Heilongjiang Province, you will never have to deal with that. 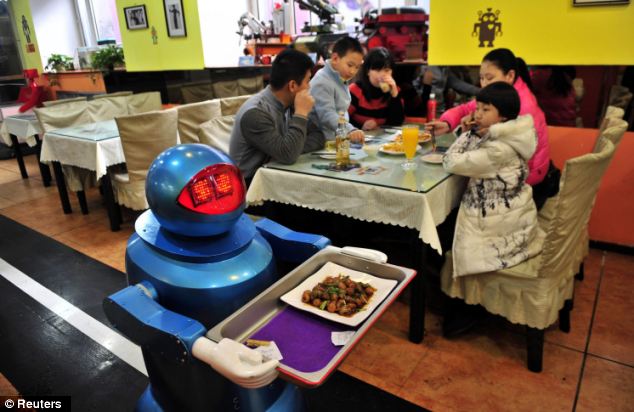 According to Weird Asian News, robots fill out the entire staff at Harbin’s Robot Restaurant, running as servers, cooks, ushers and even entertainment. These robots even greet patrons, saying: “Earth person, hello. Welcome to the Robot Restaurant.”

Based on the story, the robots do everything a typical restaurant staff does: an usher android leads customers to their table, gets their orders and sends the info to the robo-chefs and cranks out the food, and robo-servers brings the food out. 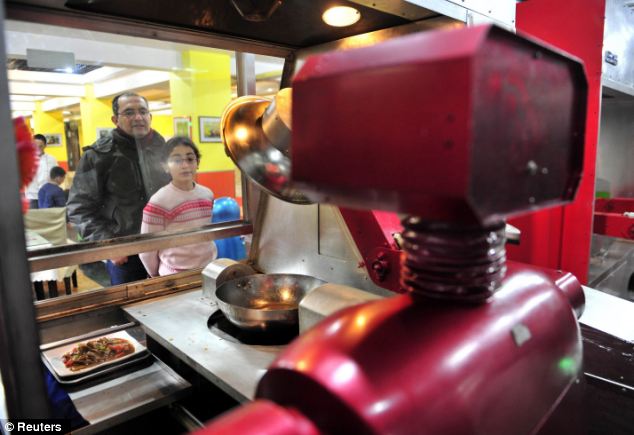 The project’s chief engineer Hasheng Liu says each robot can work for up to five hours per single charge, and each machine worker just needs a two-hour “lunch breck”, or recharge, to get back to work again.

This reminds us of I, Robot, or Wall-E, where robots have been created and used for the betterment of mankind…or in other words, to make human lives much easier. 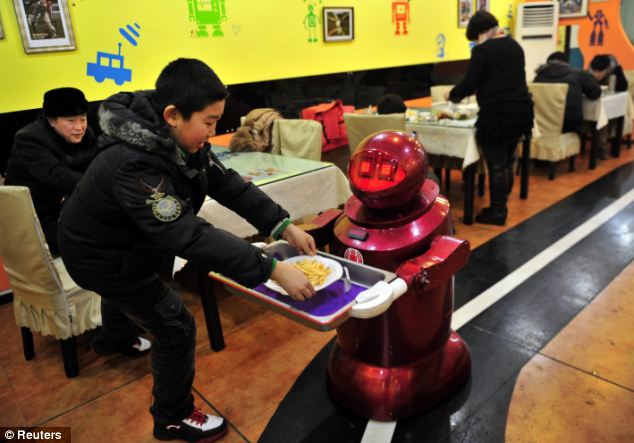 Imagine having a Wall-E-like android, where they make your home clean and spotless? Or having Optimus Prime picking up your brother/sister from school (They are more than meets the eye), the Iron Giant building your Eco-system project, Astro Boy turning carbon dioxide into oxygen, Rosie from the Jetsons cooking country fried steak and eggs, or just having Robo-Kobe Bryant teaching you to be on the Kobe System? How perfect would a robot be…

….only until they enslave the human race ala the Terminator.

On second thought, we wouldn’t mind making our own lunch.

Let ISAtv know if you had robot(s), what would you have them do for you?