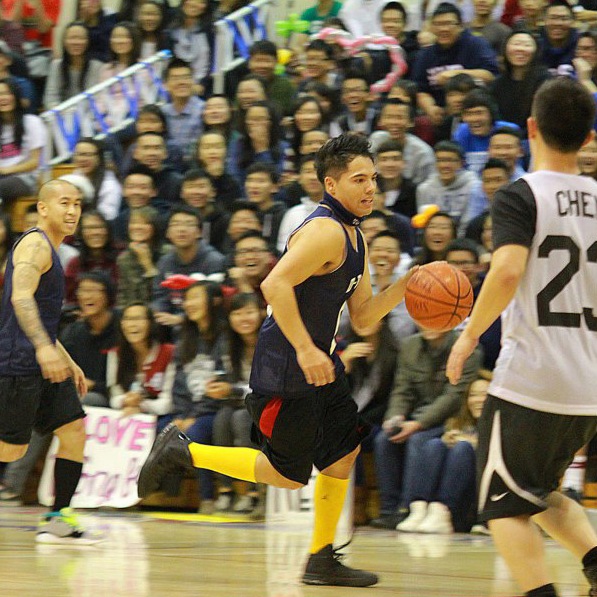 2012 is officially over! It’s been an incredible year, and we couldn’t have been more thankful to have spent it with all of you. Let’s take a look back at the year that was!


With the creative powers of Wong Fu Productions, KevJumba, and Far East Movement, ISAtv officially launched on April 24 with a series of brand new shows and original content. We spent months before that preparing for the big day, sharing ideas, writing scripts, and creating the look of what ISAtv would become! It’s changed a lot since that first show premiered, let’s take a look at how much, shall we? 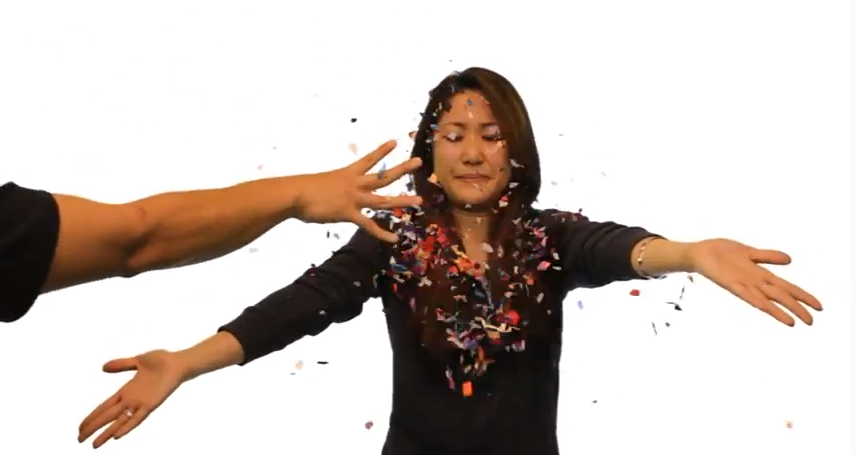 We’re still in disbelief that we were able to do 33 consecutive episodes of the ISA Weekly Rewind. But there you have it, 33 episodes of Bieber Jokes, Bacon Jokes, and Bieber Bacon Jokes (we were so proud of that bit). When we were auditioning hosts for the show and ended up selecting TC, we had no idea what we were getting ourselves into, but wouldn’t have had it any other way. TC became family to us and all the viewers at home (like a older sister that won’t leave you alone), with her witty puns and unusual ability to create such weird expressions on her face.  Although the season is over and TC won’t be with the show next year, we can’t wait to launch the next season next month! And trust us… This isn’t the last you’ve seen of TC on ISAtv. 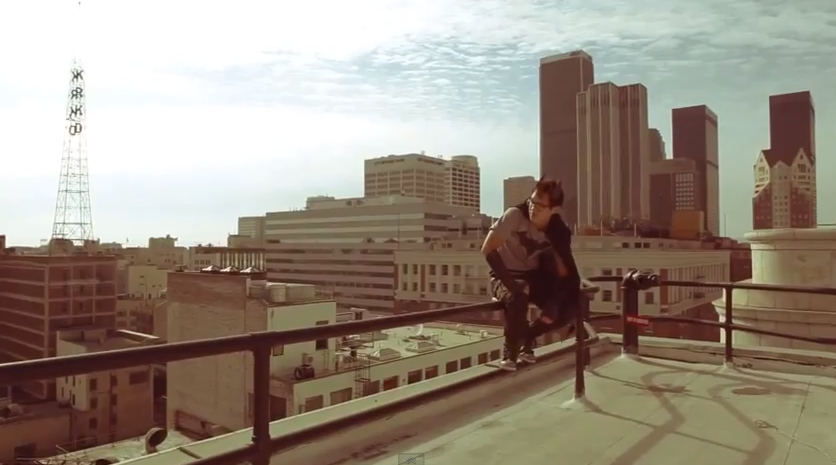 Thank you to everyone who submitted their crafts from The MakeShift this last year.  It was always one of our favorite moments each month, logging onto Tumblr and Twitter after we released an episode and seeing what you came up with.  The show really challenged our team and Wes to think about something fun but practical to create. Also figuring out that secret sauce, the every day household item with which to make it.  Finally, who didn’t love seeing Wes-Ma… We mean Batman on the show? Batman totally watches ISAtv. 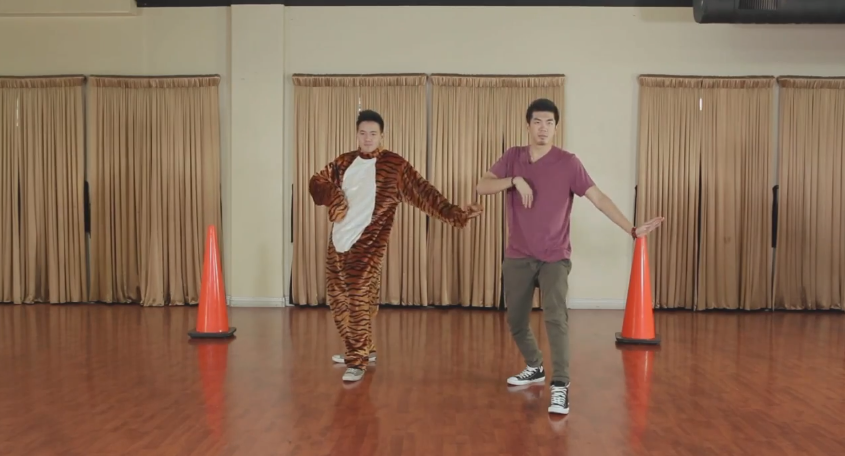 As everyone is probably aware by now, with thanks to When It Counts, Phil LOVES to dance. We were really excited to be able to work with him to create Step by Step, as it not only allowed us to bring in some of our favorite choreographers, but also gave us an excuse to… well, get our dance on inside the ISA Office. You should see some of the moves our staff has! It was a blast getting to see people like Yuri Tag, Mike Song, and Moon in their element and experiencing their creative process! 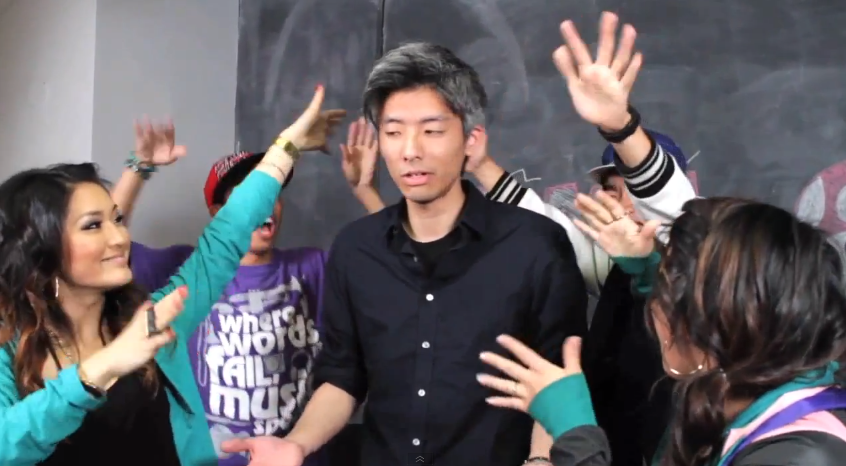 Rage Quit With Ted went through a few revisions before it became the show that you see today.  It went from being more live with more rage, to not being live at all, with well…. less rage. Rage aside, we think that all of you would agree that it’s finally hit its stride with the hilarious commentary that Ted does.  We’ve been able to see a dubstep remix with pigs in Minecraft and watch Ted become a Zombie, and our lives are much better because of it. Hey, remember when Ted had back up dancers? That was a crazy time. 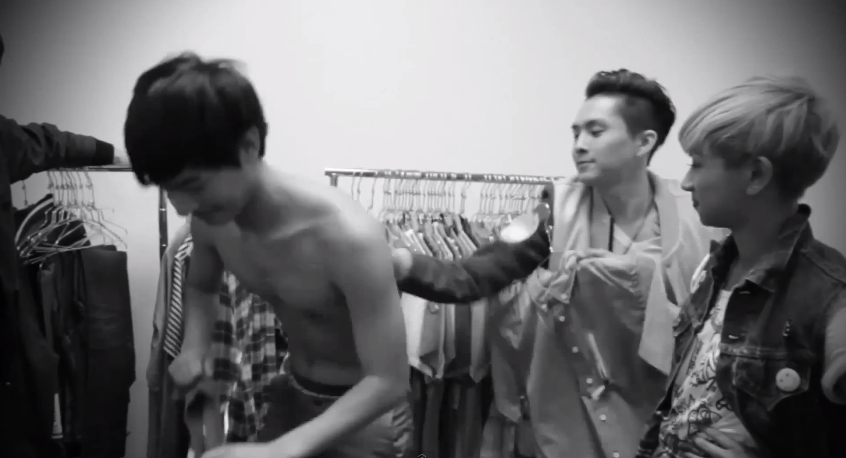 Watching KevJumba transform from a guy that knew nothing about fashion to a guy who…. became slightly more knowledgeable about fashion was a real treat.  Through the Most Awesomest Fashion Show, we got to meet some of the incredible minds behind brands like Orisue, In4mation, and The Attic. We were even able to bring viewers with us to Hawaii as Kevin and Justin showed off some of the local sites and even learned how to make a surfboard. Plus, they slapped one another ALOT, and that’s always fun to watch. 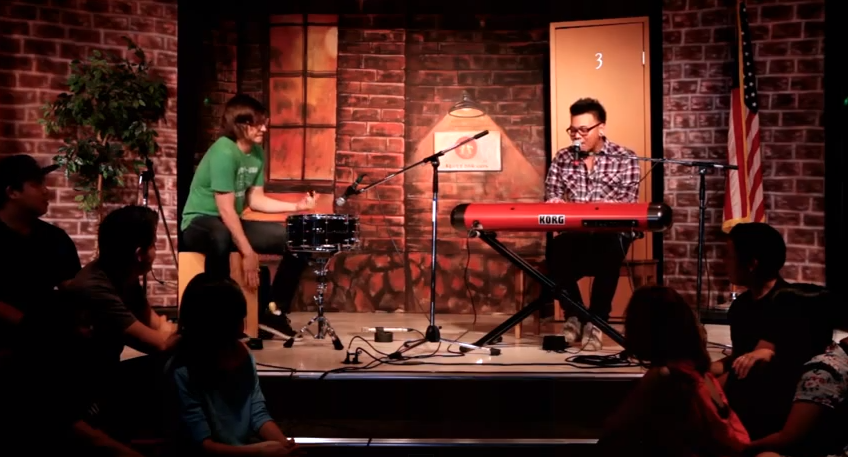 Secret Stage allowed us to get really creative, as we went on to find interesting stories and locations to film with some of our favorite artists. Did anyone else tear up meeting AJ Rafael’s middle school teachers? Or when we partnered with A Place Called Home in South Central LA for an episode about bullying with Lil Crazed? Music has always been one of the things that drives us here at ISA, so it was amazing being able to find out the stories behind certain songs and find a way to convey that to our audiences! 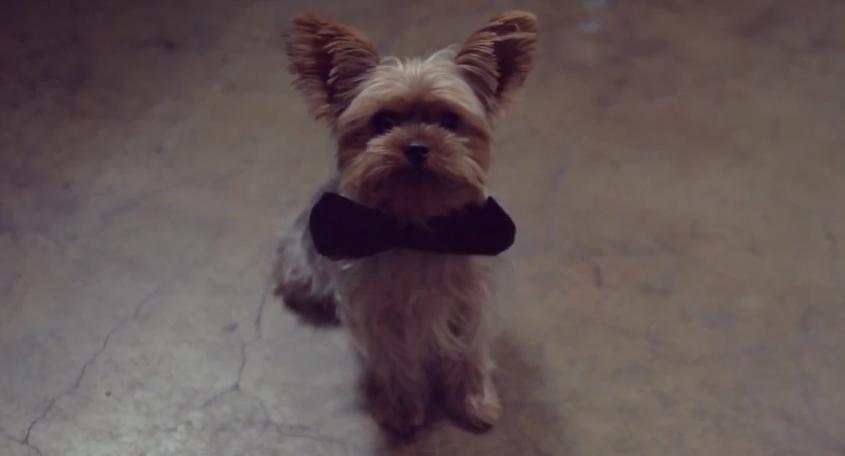 Cuteness level overload! Alfie The Office Dog premiered as our first scripted series on the channel, and it’s been one of our favorite shows so far. A talking Yorkie voiced by Wesley Chan? Internet explodes.  When we were first putting together this series, one of the biggest challenges we knew we were going to have to overcome was working with a puppy. But Alfie ended up being a very professional actor, taking cues and talking right at the correct moments. Plus he’s adorable and we could film him for hours. 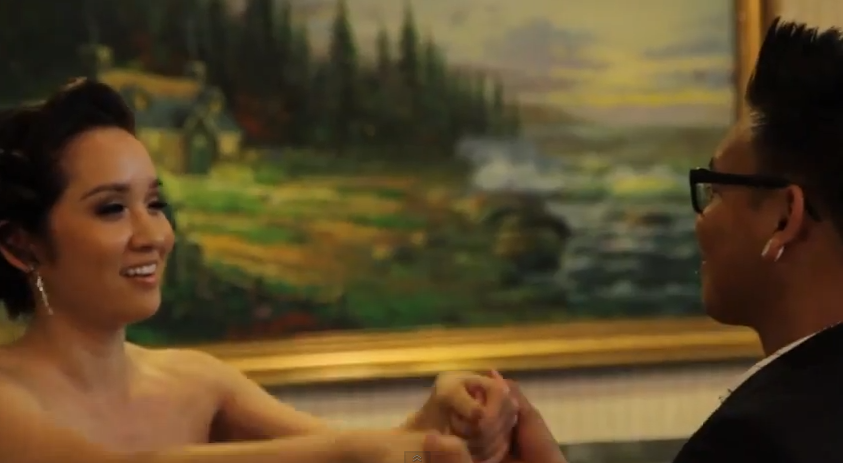 We were also able to provide some special side mini series for the channel like when we partnered up with AJ Rafael for his big event, the Red Roses Prom. Who among us that has lived through that special evening wouldn’t want to go back to experience the night again? Also, thanks to everyone who submitted videos of themselves asking someone to Prom!  You guys are so cute. 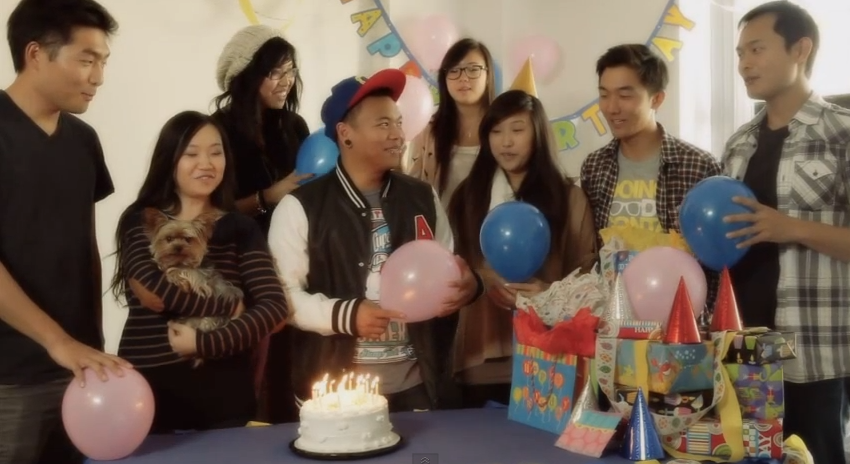 In light of the 2012 Election, another special mini series was launched, where we had the opportunity be a little bit more political. Thanks to the Asian American Education Institute we were able to produce a series of online shorts encouraging everyone to register to vote/vote on the big day. We were able to work with our friends at the Jubilee Project and brought together some of our favorite people like David So, Arden Cho, and Legaci, to do a PSA. We also worked with AJ Rafael and Ally Maki on our “Turning 18″ skit! 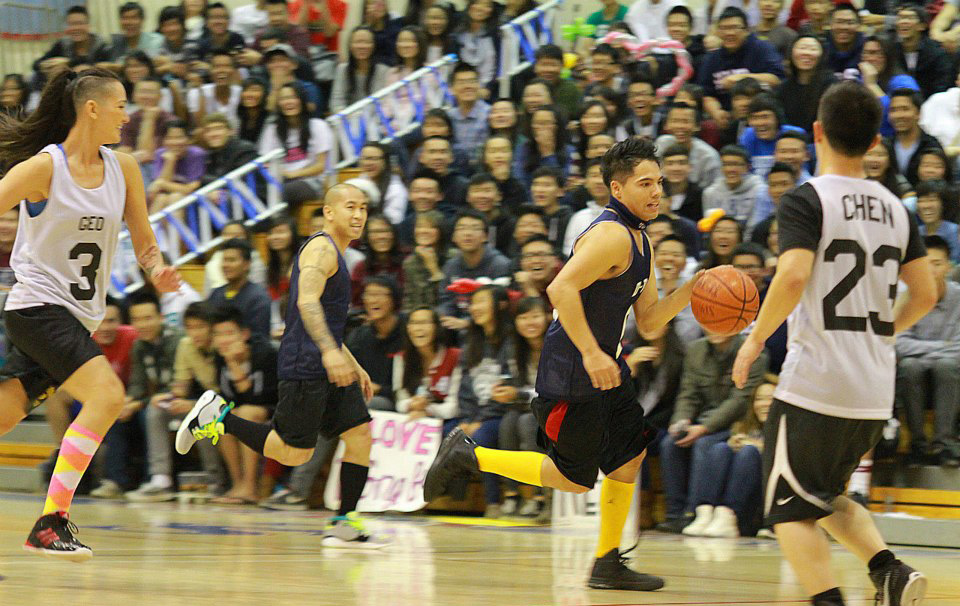 Beyond ISAtv, we were also able to end the year by giving back to the community with our first annual ISA Charity Basketball Game. Players like The Fung Bros, Just Kidding Films, David So, Far East Movement, Wong Fu Productions, KevJumba, D-Trix, AJ Rafael, Jason Chen, Amy Okuda, and Ki Hong Lee came together to help raise money and toys in San Gabriel Valley! Even Santa made an appearance!

Finally, we’ve been able to really build the ISA blog up during the year with our dedicated team of bloggers from around the world who have been working hard to keep you entertained every day.  Hopefully you’ve enjoyed reading our take on lifestyle and pop culture with posts about fashion, music, and… news about the North Korean Unicorn. We’ve also had lots of opportunities for you at home to win some BIG prizes from some of your favorite artists. See? It does pay to read! 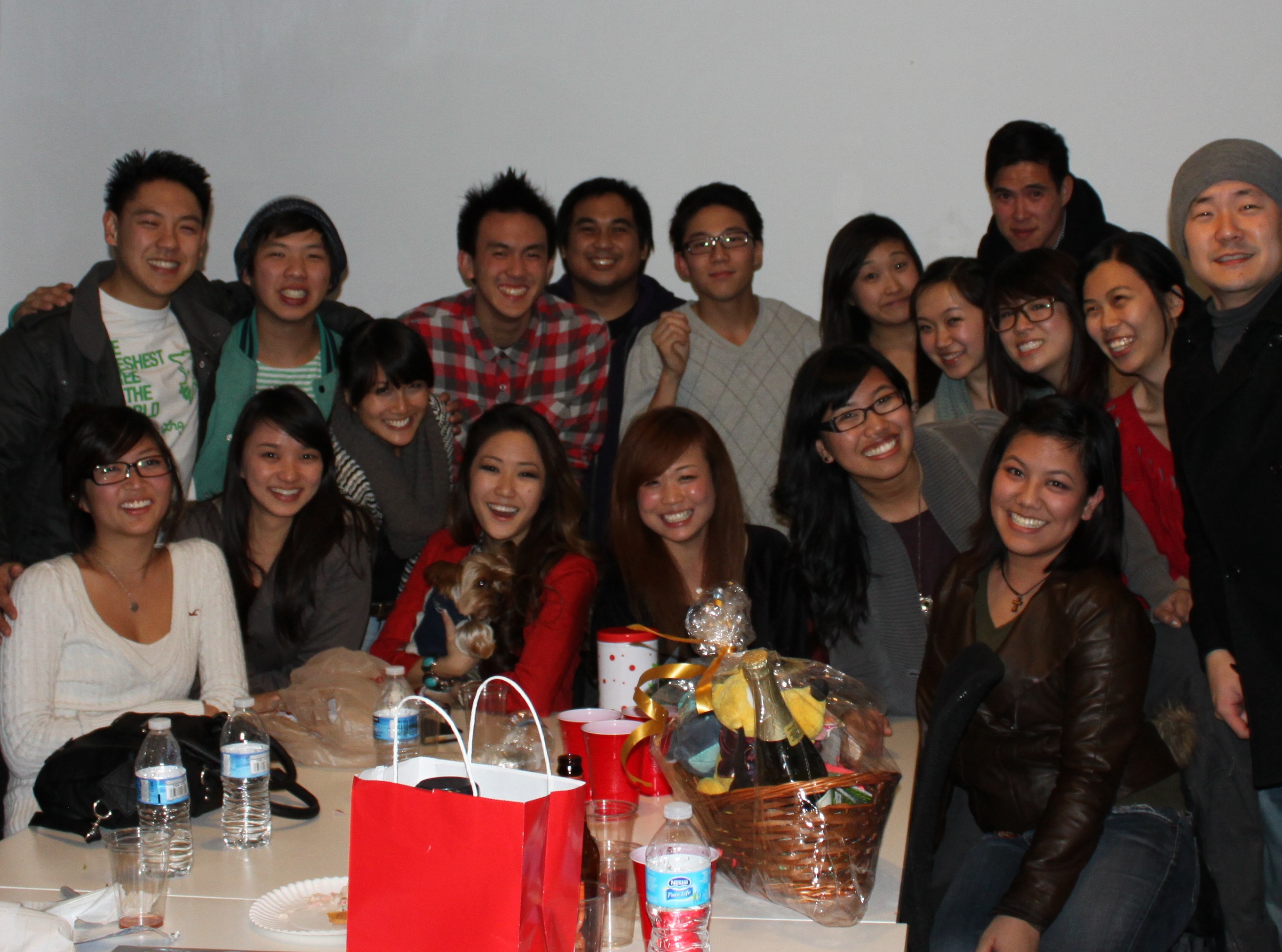 2013 is going to be a HUGE year for ISA. We’ve got new shows to premiere, special live events, and more surprises in store. Stay tuned – we look forward to spending the next year with all of you! What was your favorite moment from last year? Let us know below!

It’s been less than a year, and we’ve accomplished so much together! We want to take the time to really thank our team for all their tireless work. We’ve been able to work with some amazing people who have had the passion and drive to make ISA what it is today.